Born in Tartus, Syria in 1969
Lives and works between Angers and Paris, France 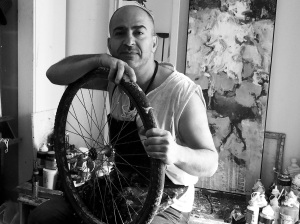 Of Syrian origin, Manhal Issa arrived in France in 2000 and became naturalised in 2008. He began engraving and sculpting using recycled objects, enabling him to overcome his fear of vagueness associated with his paintings. In 2011, he took out 1st prize for painting at the Lion’s club spring fair in Angers. This was followed by other prizes and exhibitions all over France and abroad. In 2008, obtained a Masters II in new media plastic arts (Paris 8 University).

Not content with devoting himself to painting, Manhal Issa also uses video to develop his talent. Dividing his time between Angers and Paris, where he runs courses using live models, this sensory artist asserts himself on the fringes of abstract expressionism and gestural representation by revisiting the myths and mysteries of an assumed double culture.

It is only the weaving of the clouds of colours; clouds whose paintbrush creates a constant alchemy.

And inside these clouds there are dances accompanied by the music of colours.

Inside these clouds, there is a song directed by an orchestra made of lines, circles and ornaments, the canvas escapes from its matrix like buds that open and sparks that sparkle.

This is Manhal Issa’s paintbrush, which swerves in the waters of the beginnings.

The interior reveals itself with a brushstroke, such as the ink of an artery that flows to draw the contours of the outside. The inside and outside are one single desire; it is the desire of two lovers who meet again.

Everyone embraces the place to celebrate this reunion.

The colour of the paintbrush is an attire of the place, as if a pebble wore the dress of a rose, and a rose a woman’s shawl.

Time seems to share in these forms its body between a morning that guards the threshold of the night, and a night that watches its horses in the forests of the body. 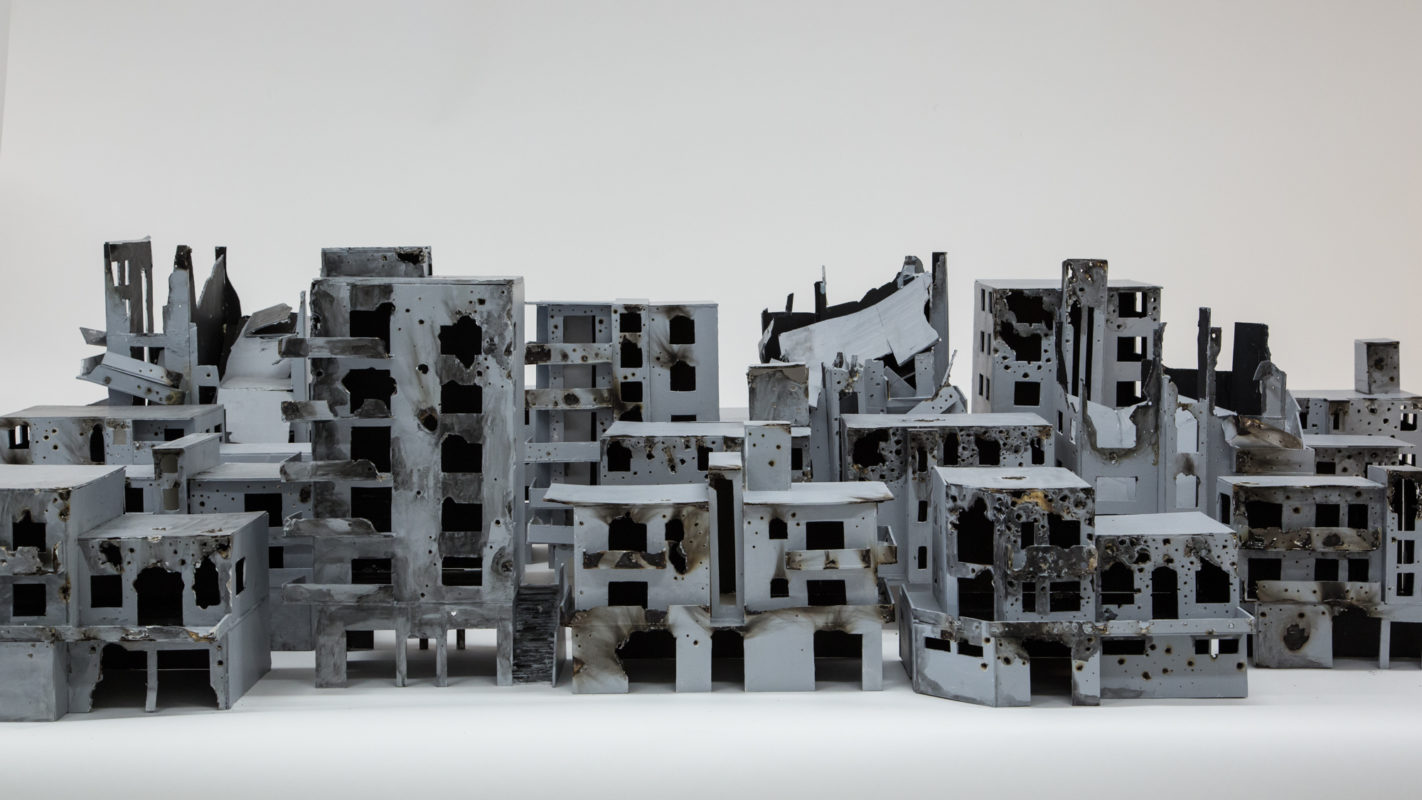